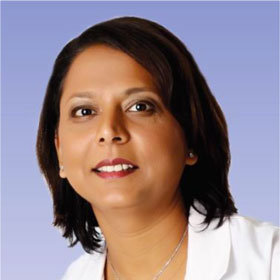 Premenstrual syndrome (PMS) is a condition characterized by a group of symptoms women commonly experience before their monthly menstrual period. These symptoms usually abate once the menstrual flow begins. About 85 percent of women suffer from at least one symptom of PMS during each menstrual cycle, although most cases are fairly mild and do not interfere with a woman's normal activities. Severe cases of PMS may be diagnosed as premenstrual dysphoric disorder (PMDD).

The specific cause of PMS is not known, but the condition is linked to several factors.

PMS is tied to the cyclical changes of hormone levels in menstruating women. This is why PMS disappears during pregnancy and after menopause, although other hormone variations can cause other symptoms during these times. The primary hormones involved in PMS are estrogen and progesterone.

PMS is believed to be at least partially triggered by fluctuations in levels of serotonin, a neurotransmitter in the brain, that plays a crucial role in emotions. Dips in the level of serotonin, which may occur prior to a menstrual period, can precipitate symptoms of PMS, including depression, fatigue, food cravings, and sleep disturbances.

PMS, like so many other physical conditions, may be exacerbated by stress or underlying depression.

There are a wide array of symptoms associated with PMS. Most women experience one or more of them prior to at least some of their menstrual periods. These symptoms not only vary among women, but may occur at different times, and in different combinations, for the same woman during various cycles.

The physical symptoms of PMS may include one or more of the following:

Physical symptoms of PMS may also include sleep disturbances.

For most women, the symptoms of PMS, both physical and emotional, disappear once they begin to menstruate or shortly thereafter.

There are many treatments currently available for PMS, many of which involve simple lifestyle changes, like exercising regularly, avoiding salty or sugary foods, taking calcium supplements, managing stress, and avoiding smoking. Over-the-count medications are often effective in relieving the symptoms of PMS. Prescription medication may be administered when PMS symptoms are severe. Medications prescribed for PMS may include:

Selective serotonin reuptake inhibitors (SSRIs) are a category of antidepressants that includes Prozac, Paxil, and Zoloft. SSRIs have proven successful in reducing the emotional symptoms of PMS. They are also the primary treatment for PMDD. While these medications are typically taken daily, for some women they are only prescribed for the two weeks each month prior to menstruation.

Patients with PMS can often keep their symptoms of breast pain and uterine cramping mild by taking nonsteroidal anti-inflammatory drugs (NSAIDs) for a few days before the onset of their periods. NSAIDS include medications such as ibuprofen.

For some women, exercise and limiting salt intake are not sufficient to reduce the bloating, and resulting weight gain, of PMS. In such cases, diuretics (water pills) can be helpful since they flush excess fluid from the body.

Because hormonal contraceptives stop ovulation and change hormone levels, they are often prescribed for women with severe PMS or PMDD. They have been found to be quite effective in treating the physical symptoms of PMS, such as pain, bloating and acne, but less successful in treating emotional symptoms of the condition.

Although symptoms of PMS can be challenging to cope with, for most women they are easier to manage because of their predictability and because of the fact that they are time-limited.